I’d received the sermon notes for the upcoming Sunday service. Our beloved pastor, Don Guthrie, planned to preach on “The Beatitudes”, the section of Scripture in Matthew 5 where Christ is giving His beautiful Sermon on the Mount and laying out the ways God’s kingdom here on earth will unfold. Planning the special music selections for the coming week, I carefully read through our pastor’s notes to seek God’s direction for my own offerings of worship through song. The sermon would examine how God’s ways are so counter-cultural and seem to fly in the face of all earthly reasoning. I loved the thought of God’s wisdom being so much higher than my own – for I’d long since known that to be true! There’s a beautiful simplicity of faith and trust that comes from leaning on Him – knowing that His ways and His promises will guide you, even when others may think it all so foolish. I never felt like I needed others’ approval; I was simply content knowing God knew I trusted Him and was willing to do things His way, sticking close to His side. I didn’t mind if that meant others would question my reasoning or my motivations.  After all, has He not chosen the simple things to confound the wise? It was when I was my most humbled in His presence that He could be brought the greatest glory.

“For the foolishness of God is wiser than men, and the weakness of God is stronger than men. For consider your calling, brothers: not many of you were wise according to worldly standards, not many were powerful, not many were of noble birth. But God chose what is foolish in the world to shame the wise; God chose what is weak in the world to shame the strong; God chose what is low and despised in the world, even things that are not, to bring to nothing things that are, so that no human being might boast in the presence of God. And because of Him you are in Christ Jesus, Who became to us wisdom from God, righteousness and sanctification and redemption, so that, as it is written, “Let the one who boasts, boast in the Lord.””
-I Corinthians 1:25-31

With this in mind, I took to heart the words of the Beatitudes and penned a melody to wrap them into our hearts for the coming Sunday’s worship.

God’s Ways are Not my Own 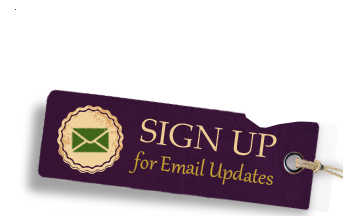 A Hope and a Future

Oh, the delight of having a purpose! Nothing thrills my heart more than when I find myself right in the middle of what I’m meant … Continue reading →

Welcome to Word From Home Music’s new blog where you can stay up to date with the latest news and events.

© 2020 Word From Home All rights reserved. Website by Rudkin Productions.